After COP23, time to join the dots 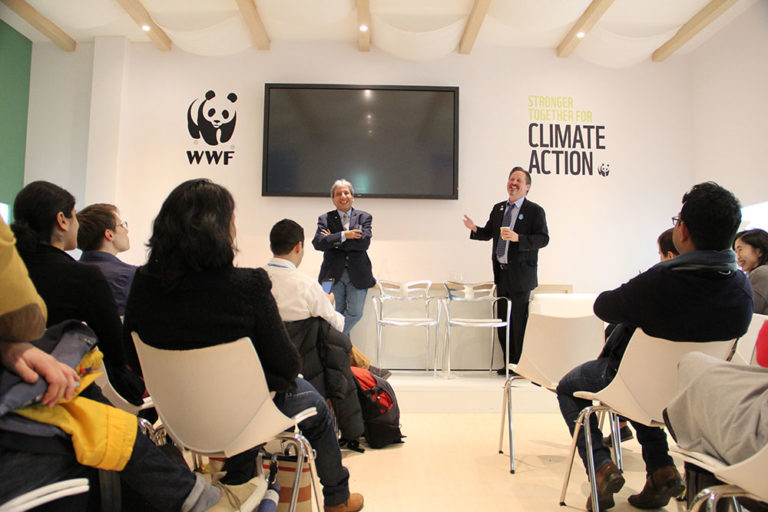 Momentum is a precious commodity in the climate talks. With the complexity of the negotiations, the enormous inertia working against progress, and the urgency of the need to reduce emissions, maintaining forward motion is vital.

COP23, which concluded on Saturday, maintained that momentum. Credit goes to the Fijian presidency, for its focus on implementation and enhancing ambition, and for a list of concrete outcomes that lays solid foundations for next year’s COP, in Katowice, Poland.

But it is time now to join the dots: to connect the formal intergovernmental process with non-state actors; to bring domestic action in line with the global agenda; and to make policy and investment decisions that recognise the imperatives of the climate science.

We came to Bonn with three specific hopes. The first was agreement on the design of the so-called Talanoa dialogue. This traditional concept, introduced by the Fijian presidency, is for an approach to discussions that is inclusive, transparent and participatory. Agreement was reached at the COP on the design of this dialogue process, which will allow parties to take stock of progress and facilitate greater ambition.

The dialogue brings in non-state actors, who are playing an increasingly important role in addressing climate change. It will also help to link the global talks with domestic efforts; I am hopeful that participation in the dialogue will encourage governments to advance their preparations for domestic action. Crucially, the dialogue will conclude with a political decision at COP24, thus formalising the process.

The second hope was for concrete progress in the Paris rulebook. The 2015 Paris agreement may have been a breakthrough, but it left many loose ends to be tied up. One of these is for detailed guidelines to implement the agreement. These will ensure that the next round of goals volunteered by countries meet the necessary standards for transparency, reporting, verification and monitoring, with targets based on sound climate science.

Our hope was that COP23 would produce draft guidelines. While the document is still too long, and will require much more work at forthcoming intercessional meetings, it nonetheless it sets the stage for agreement at COP24.

The third hope relates to pre-2020 ambition. Clearly, developed countries are not on track to meet their obligations to meet their reduction targets before 2020. Despite initial opposition, they have agreed to include discussion of pre-2020 targets in the Talanoa dialogue.

In addition to meeting these expectations, the Fijian presidency delivered a number of other successes that will contribute to the continued momentum of the climate talks in the years to come.

To mention just a handful:

The Bonn COP also delivered progress in bringing together the formal and the non-formal aspects of the climate talks. First the Lima-Paris Action Agenda and then the Marrakesh Platform for Climate Action, have helped to better integrate sub-national governments, business and civil society groups into the climate effort: at COP23, we saw it bear fruit, not least in the contribution made by US states, cities, companies, and colleges in filling the vacuum left by the Trump administration.

But momentum at the international level must now be matched by momentum domestically. Countries need to act to implement the pledges they have made. Their ministries of economy and finance, of planning and development, of transport, industry and agriculture, all must be mobilised to bring the commitments made in the international talks back on to the domestic policy agenda.

We can justifiably consider COP23 a success in maintaining the momentum of the climate talks. But the sobering news of the likely rise in greenhouse gas emissions in 2017, after a three-year plateau, serves as a reminder that this momentum must grow exponentially in the years to come.

Manuel Pulgar-Vidal is the leader of WWF’s global climate and energy programme. He is based in Berlin, Germany.