The fight against climate nonsense was appreciated 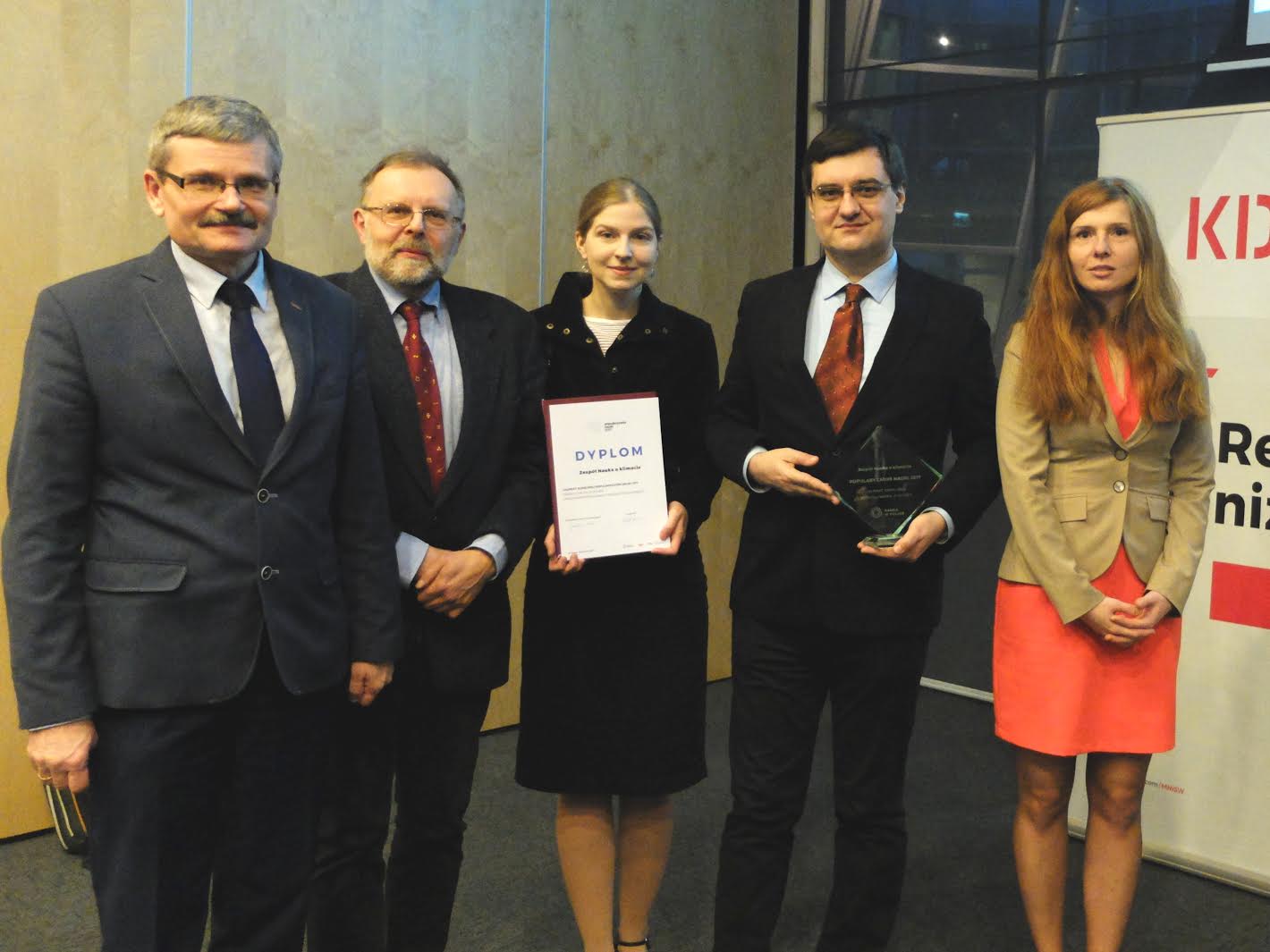 The “Climate Science” website, the organizer of an annual climate nonsense award, has become one of the winners of the Science Popularizer 2017 competition. The event is organized by the Polish Press Agency’s Science division and the Ministry of Science. The results of the 13th edition were announced January 15 at the Copernicus Science Center. Awards were presented by the Minister of Science and Higher Education Jarosław Gowin and the President of the Polish Press Agency Wojciech Surmacz.

The aim of the competition is to award people and institutions that help others better understand the world, and are able to interest persons not involved in science in scientific developments.

The “Climate Science” portal received the 2017 Science Popularizer title in the Teams category. The prize was awarded to: prof. Szymon Malinowski, dr. Aleksandra Kardaś, Marcin Popkiewicz and Anna Sierpińska. They have described (and busted) more than a hundred myths about climate change. For several years, they have been organizing the “Climate Nonsense of the Year” award. Aleksandra Kardaś and Marcin Popkiewicz are experts in the project “Energy from aNew.”

Climate Nonsense of the Year:

The main Award of the Science Popularizer 2017 – for his overall activity – went to prof. Tadeusz Wibig from the University of Lodz. The competition also awarded: dr hab. Andrzej Katunin, Jan Świerkowski, the “Astronarium” program and the Institute of Animal Reproduction and Food Research of the Polish Academy of Sciences.

Minister Gowin said “… I am fully aware that what the ministry does is only small support for a much broader and much more important activity, which is carried out by hundreds or thousands of people such as yourselves: real science enthusiasts, real enthusiasts of sharing knowledge about scientific achievements, scientific discoveries, as widely as possible – that is what promoters of science are” – he said, addressing the winners of the competition.

We invite you to vote on the Climate Nonsense of the Year 2017 http://www.klimatycznabzduraroku.pl/. And we hope that the fact of awarding the prize by the minister of the current government will make it much more difficult to ignore and deny climate change.