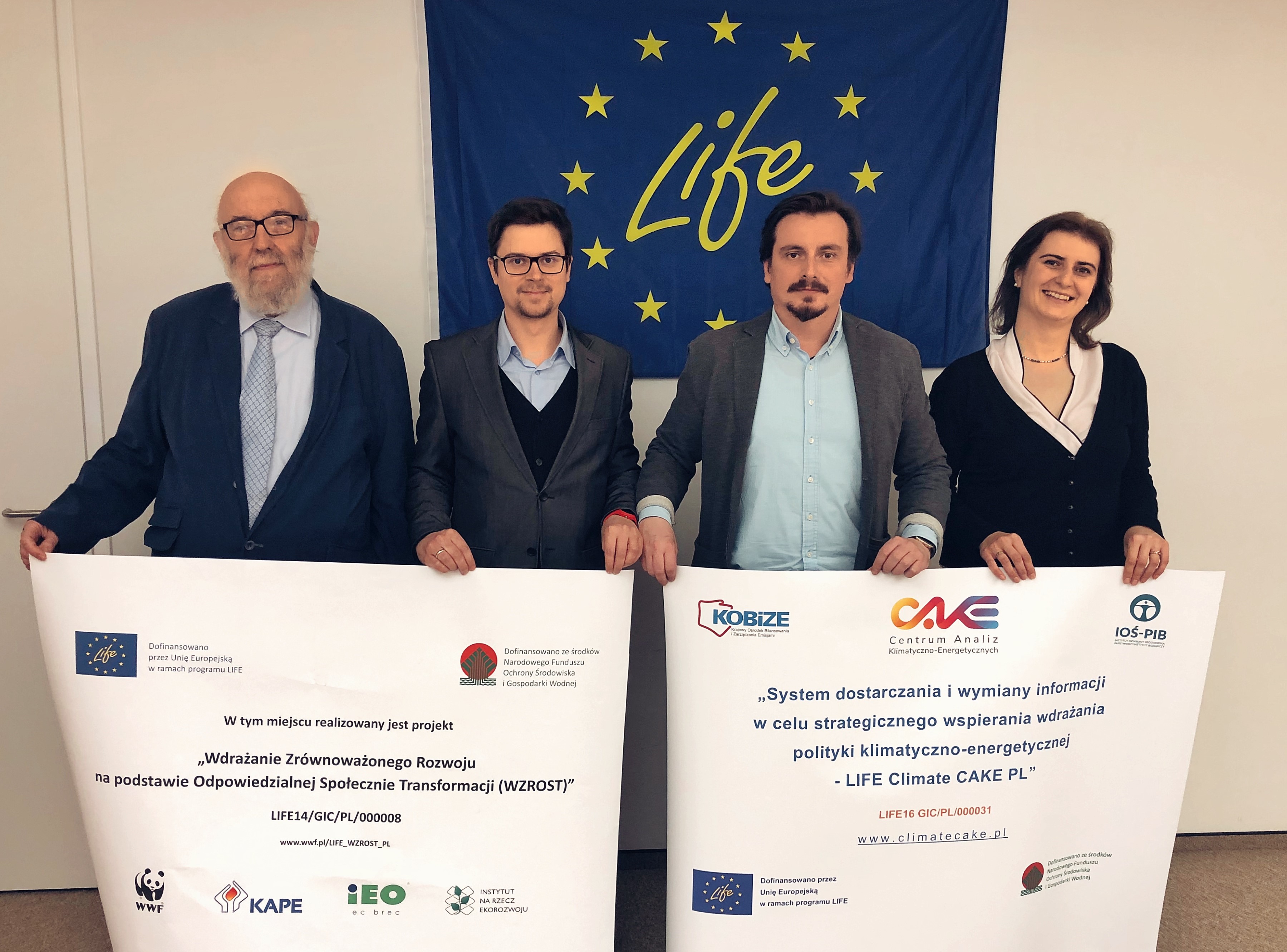 On 19th February 2018, a meeting took place between the teams realising projects related to environmental protection, implemented under the EU LIFE Program.

We have exchanged experiences related to the implementation of the project as part of the LIFE funding, debated on current issues on climate and energy policy, and discussed possible cooperation.

The professional approach of both teams is an opportunity to anchor the climate debate in facts and hard, scientific data. This is especially important now, as the COP24 Climate Summit is approaching, which will be held in Katowice at the end of the year.

As a result of the “Implementation of Sustainable Development on the basis of Social Responsible Transformation (WZROST)” project, coordinated by WWF Poland, the film “The Tipping Point. Energy aNew” was created, being the first Polish production comprehensively covering climate challenges, both on Polish and world scale. It was accompanied by the publication of a report extensively describing the topic.

The second participant of the meeting was the representation of the LIFE Climate CAKE PL project team, which is being developed at the National Emissions Management and Balancing Center (organizational unit of the Institute for Environmental Protection – National Research Institute).

As part of the project entitled “System for Providing and Exchanging Information to Strategically Support the Implementation of Climate and Energy Policy”, advanced analytical tools will be developed in the form of economic and sectoral models.

This will provide a basis for the preparation of reports on the impact of climate and energy policy on, among other things, Polish economy, agriculture, transport and energy (both in Europe and globally).

We are convinced that the analysis created as part of the project implementation will provide a solid basis for the formulation of Polish strategy and policy in the area of ​​climate and energy.